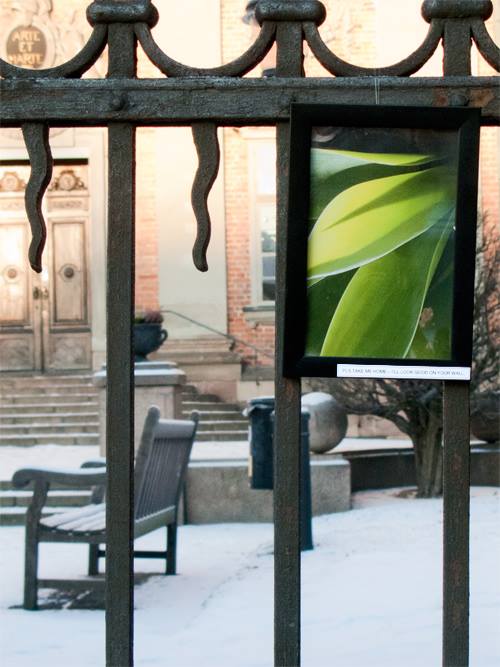 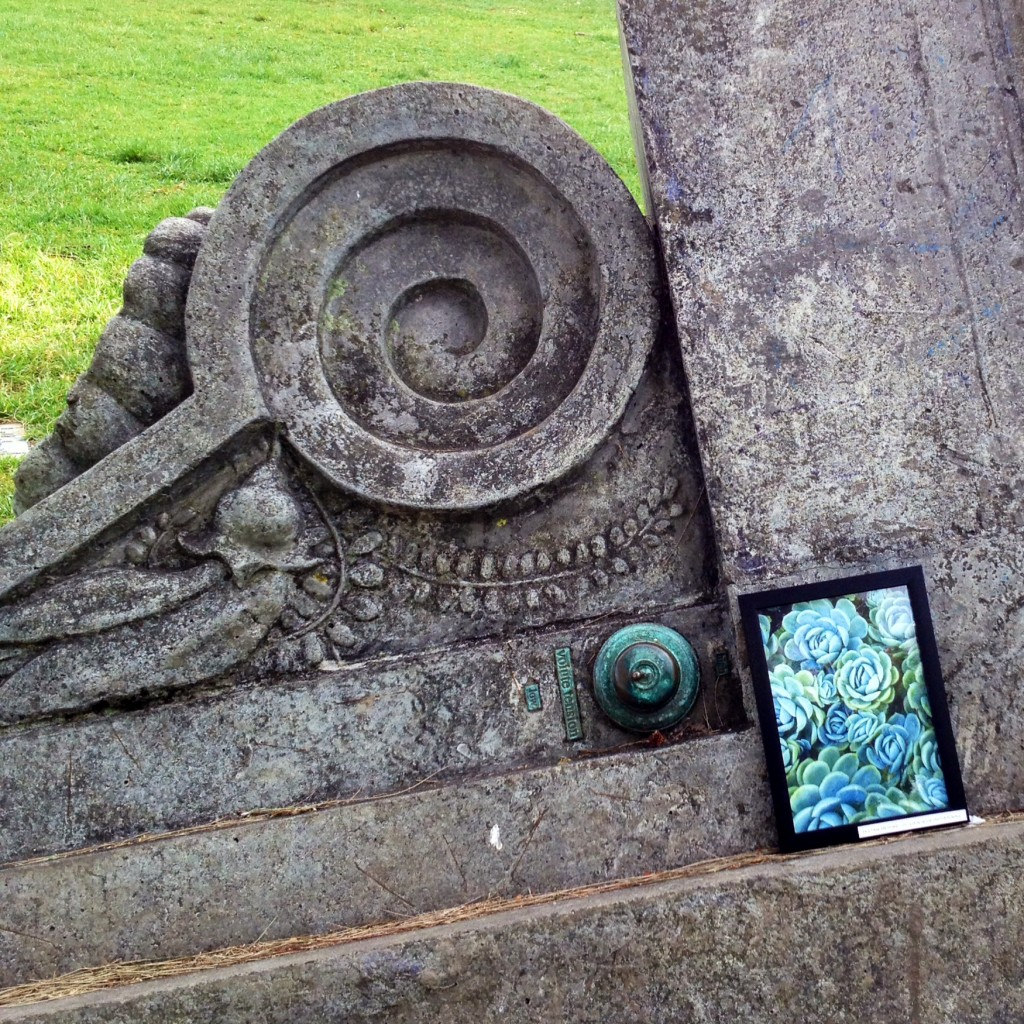 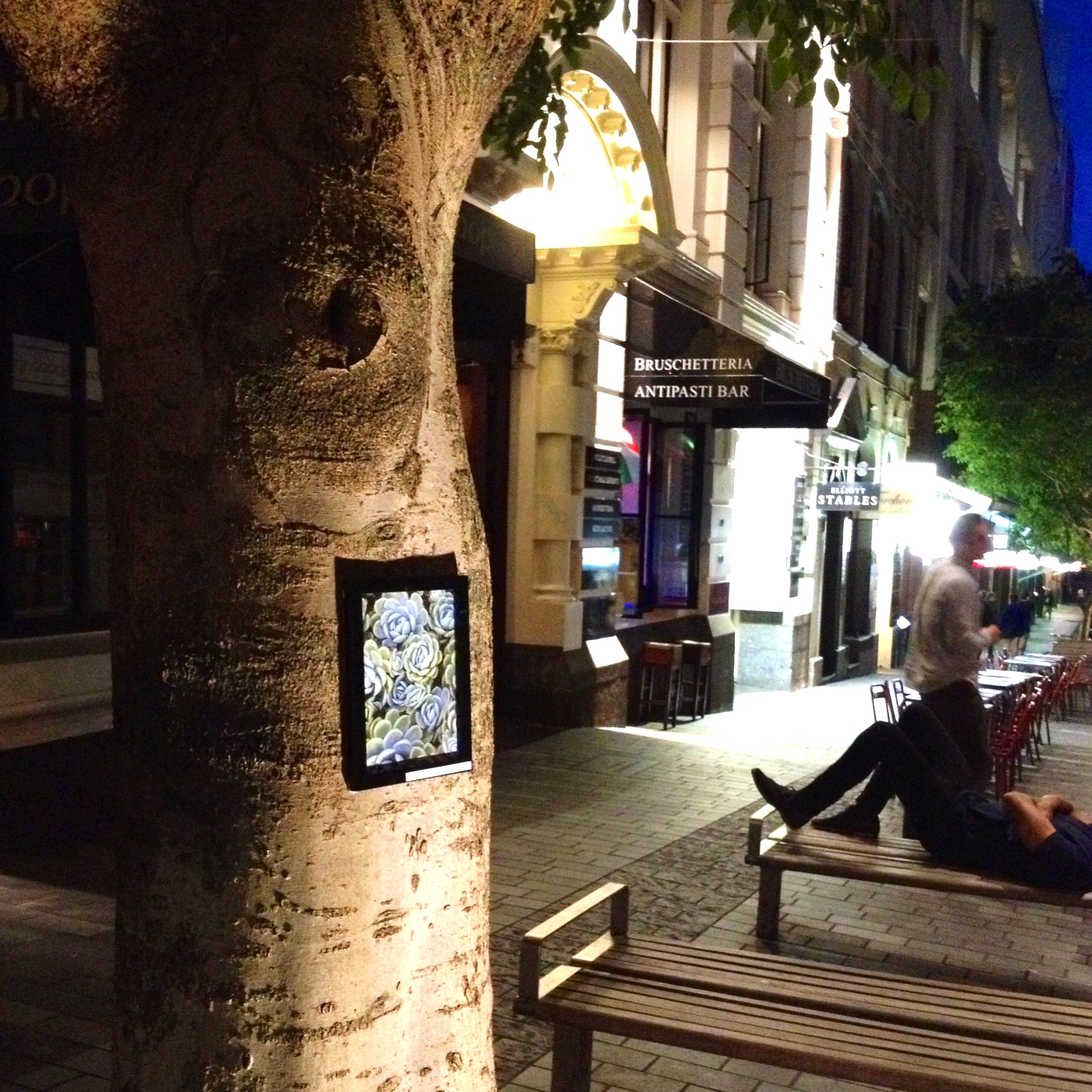 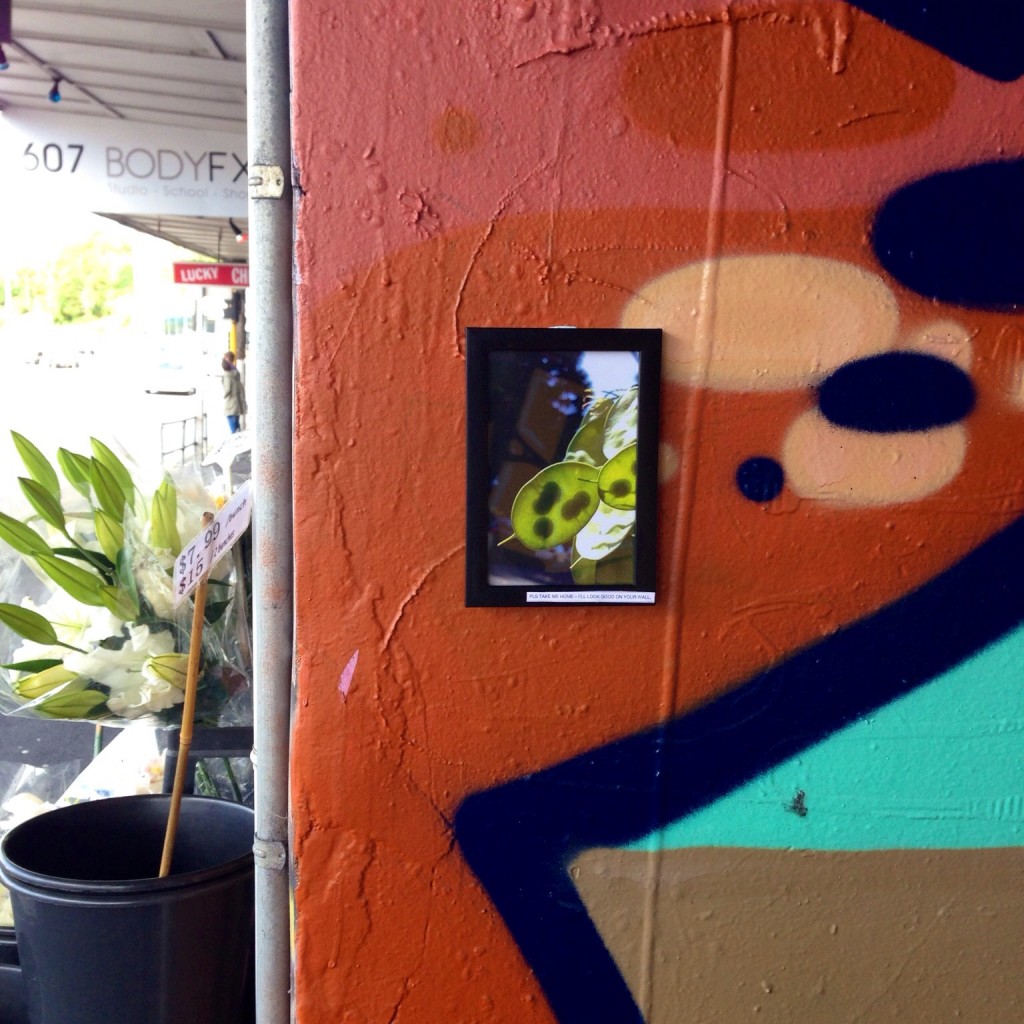 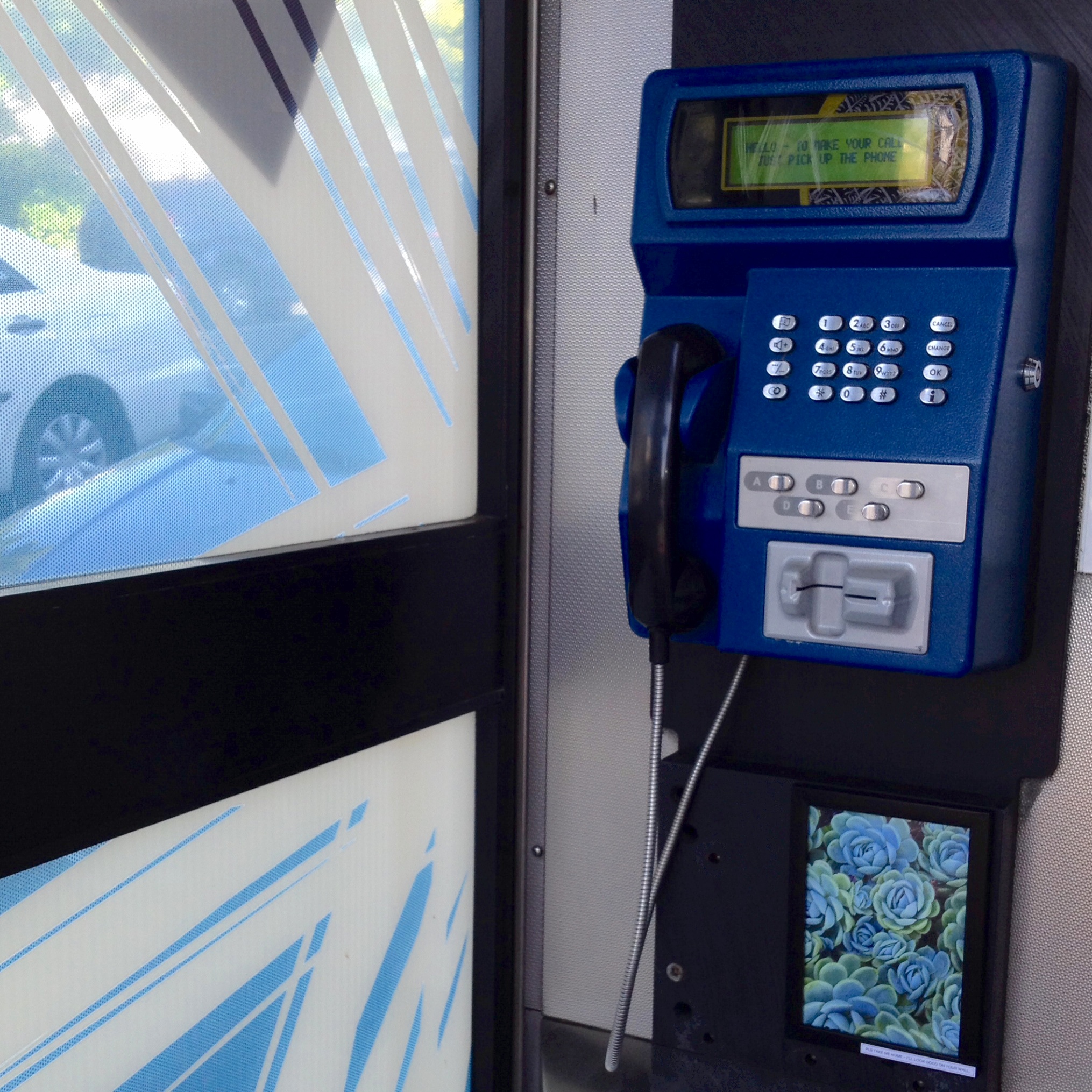 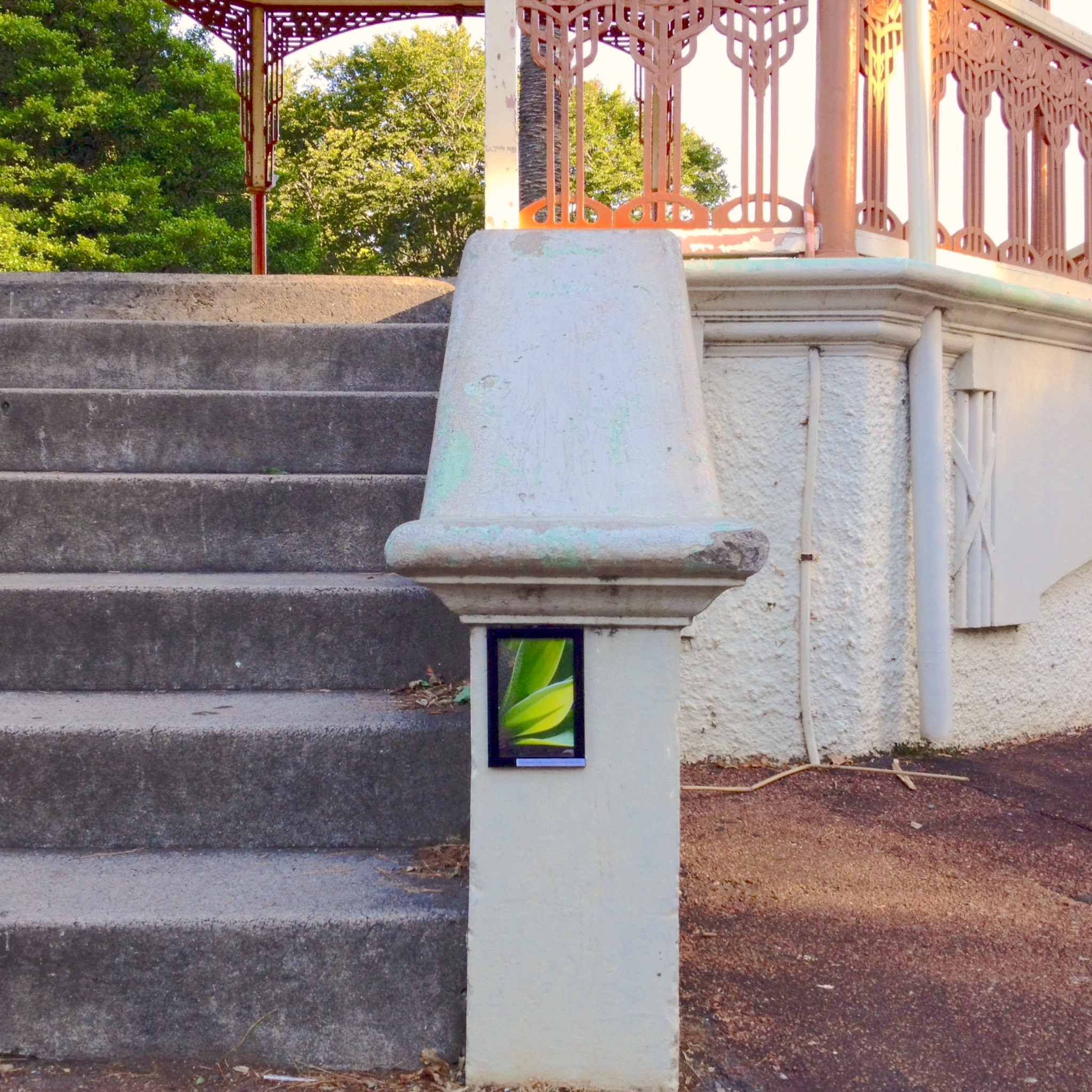 My stories have travelled the world on the back of framed photos. From Sweden to Australia to USA and all around NZ, they have appeared on shop windows and park benches, in phone booths and public loos. They have a sticker on the front saying Pls take me home – I’ll look good on your wall and after an American tourist took a PinUp from an Auckland café, he sent me a photo of it on his lounge wall in Wisconsin. He said he left the sticker intact, “in the hope that someday it will disappear, late one dinner-party evening, to look good on another wall and carry the story of the mysterious, clean Doreen into another imagination.”

PinUps are a playful way of getting stories out and about in the analogue world. I don’t need to ask permission, I just Blu-Tack them where I will and continue on my way. It’s slightly mad, random street-art and heaps of fun slinking about at night finding places to post them.

As people hear about these travelling tales they ask to join in the game. I’ve sent them to players in New York and Santa Fe, in France and Tanzania. They’ve even leapt off the analogue wall, so to speak, and appeared online in a Dutch street-art gallery’s website – alongside an article about Banksy.

I like thinking outside the “book box” for stories. There are countless ways they can move through the world other than between the covers of a book or in an e-zine. I’ve experimented with creating YouTube videos of flash stories and also SlideShare presentations. It’s easy to track the travels of stories in the digital universe. The ten I’ve posted on YouTube have racked up over 4500 views in 55 countries, and one story on SlideShare has had 2000 views. It’s all very surprising.

But my heart is really with PinUps and their chance appearance in the crook of a tree or on the back of a Portaloo door. Their travels can’t be charted with the clockwork precision of digital analytics; they circulate mysteriously, in the real world, via serendipity.

Natalie Beaupied took the picture at the top of the page at the Riddarhuset (House of Nobility) in Stockholm, Sweden.

Eileen Merriman took the picture after that at the Theatre La Comédie in Montpellier, France.

All other pictures were taken in  Auckland. 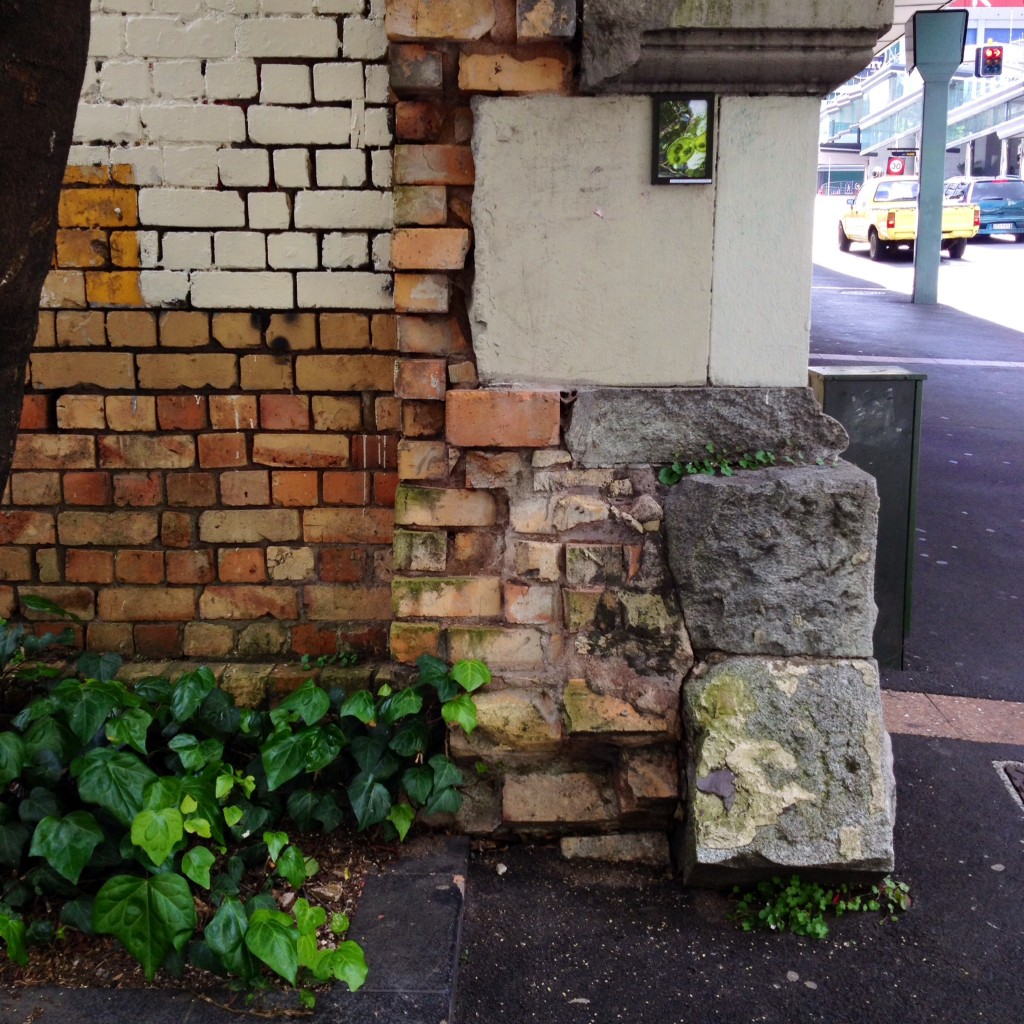